From Sick and Stressed to Unstoppable 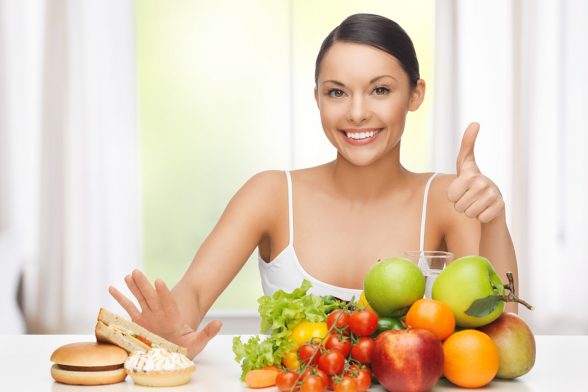 Why are diabetes, food allergies, depression, anxiety, digestive problems and autism on the rise?

Why are diabetes, food allergies, depression, anxiety, digestive problems and autism on the rise? Moms Across America founder and author, Zen Honeycutt, began asking these questions years ago when she and her kids experienced chronic health challenges. Since then, Zen has joined with scientists, farmers, health professionals, and moms across the country to reveal how today’s diet is affecting our health. Find out some little-known links between GMO foods and chronic conditions and learn what it takes to create unstoppable health, energy, and passion in your life.

Zen Honeycutt, is the Founder and Director of Moms Across America, a non-profit National Coalition of Unstoppable Moms. With the motto “Empowered Moms, Healthy Kids ” Moms Across America has grown rapidly, over 400 leaders have created 700+ community events in all 50 states in the first 3 years of inception. Moms Across America empowers and amplifies the voice of the mom locally and nationally to create healthy communities by raising awareness about GMOs and related pesticides in our food.

Zen has three boys with allergies and autism symptoms which greatly improved when they went GMO-Free and organic. She discovered that thousands of Moms are seeing the same results and MAA is expanding to Mothers Across the World with co-creator Vandana Shiva. Zen has been featured on CNN, the Dr.Oz show, the Wall Street Journal, CSPAN, and Moms Across America has been on Fox News, Reuter’s, ABC and more. She is an international speaker, powerful leadership coach, and writer. Her new book is called Unstoppable: Transforming Sickness and Struggle into Triumph, Empowerment and a Celebration of Community.

What are GMO Foods and Who are the Companies Behind Them?

Zen explained that Genetically Modified Organisms (GMO) foods have been engineered in one of the following ways:

Some of the companies making GMO foods are Monsanto (now Bayer), Dow, Dupont, and Syngenta. Zen pointed out that Syngenta owns AstraZeneca, a big pharmaceutical company. This is a conflict of interest because the company making GMO foods that are contributing to illnesses is also making the pharmaceuticals marketed to make them better. It’s important to keep this in mind when it comes to the companies that are messing with our food supply.

Going back decades, farmers could save seeds because no one owned a patent for Mother Nature’s food. These days, large agro-companies are trying to patent the food system so that they can profit from the food system. No longer can farmers save seeds and they now pay up to 375% more for seeds patented by these large companies.

The answer is no. Non-GMO foods may still be sprayed with glyphosate to make harvesting and drying easier, particularly grain foods, like wheat.

One of Zen’s three sons has autism symptoms at one point and upon testing, they found he had eight times the amount of glyphosate in his system than had ever been found in European tests. It was then that Zen switched her family to all organic foods and within months, her son’s symptoms went away and his tests showed he’d detoxed the glyphosate.

Are GMO Foods a Threat? Symptoms Related to GMO Foods

Zen began researching GMO foods and talking with scientists, farmers, and other moms around the world when her son almost died from eating pecans they didn’t realize were in Thanksgiving stuffing.

At first, she had resigned herself to the fact that her son would need to avoid certain foods, like nuts, for the rest of his life. But then she began to wonder if this was true. “You know what they say about moms,” Zen said, “a worried mom does better research than the FBI.”

Where she once thought food was a threat, she began to realize that it was only certain foods – like GMO foods – and if they could change their family’s food, maybe her son could get better.

Zen asked her son if he’d like to eat a piece of pizza one day without symptom and he said yes. So she asked him to be her partner in his health. She asked him to try green drinks and other gut-healing foods. Within four months, his allergy symptoms were drastically reduced (from a 19 to a .2 in testing, which surprised her doctor because allergies usually just get worse).

Here are symptoms that Zen shared as quite probably linked to GMO foods:

Learn more about the research behind this list of symptoms,
along with the Secret Monsanto Documents.

How to Heal from Symptoms

Zen suggests that you take the following steps:

How to Become Unstoppable

Zen Honeycutt sure knows a lot about creating an unstoppable mindset. There are some key components to starting her successful non-profit, Moms Across America, that she shared with us. These are great tips for anything you want to accomplish, even if you feel sick, stressed, or worried that you can’t achieve a big dream.

Link Your Goal to a Higher Purpose

Zen realized that it wasn’t just her kids that were sick from food, it was their future spouses, future children, and the community that were affected by toxic foods. In other words, this problem affected everyone. Once Zen realized this, she was spurred on to take action and start Moms Across America.

Zen realized she had leadership skills and could be doing more to reach people, but wasn’t sure how. So she asked herself two important questions: If I were to use my leadership skills, what actions would I be taking? What would it look like? These questions helped her come up with a creative solution: join into local parades! She started a movement to march in 4th of July parades, engaged moms in 37 states to march, and got audience and media attention on the topic of GMO foods.

Reach Out to Like-Minded people

Moms are passionate about their children’s health and responsible for 85% of family shopping. Zen realized if she reached out to other concerned moms, she’d be able to tap into the strength of a passionate group. This helped grow Moms Across America within just a few months to over 300,000 people finding her in Facebook. Zen also reached out to people who believed in what she was doing for funding her non-profit work. This helped her continue to offer leadership in the movement.

Get Into the Community

Zen started a movement in communities around the country, inspiring local gatherings from marching in parades, movie nights, park play dates, and more. The sense of community and these gatherings kept the movement alive and connected people.

Put One Foot in Front of the Other

Zen had many roadblocks along the way. She’s forthcoming about times she was exhausted, in tears, and had setbacks. She talks about how these times led to breakthroughs that brought more successes. Being unstoppable is about being willing to show up for the next thing in front of you. And the next. Each small step matters. And each time you see a roadblock, think about how to get back up and who can support you in moving beyond it. There’s an excellent story about Zen traveling overseas to go to a Syngenta shareholders meeting to talk about GMO foods. The trip wasn’t easy, nor was anything about her experience. You can read about this in her book, Unstoppable, and you’ll find more inspiration if you have a big dream.

What to Do If You’re Already Experiencing Chronic Health Issues

Join our non-profit, like-minded community as we gather together to discover what it takes to get and stay well.

Join Us for the Replay of Diving Deeper: Your Immune System Health Featuring Dr. Judy Mikovits – In this revealing session, we will dive even deeper into the inner workings of your immune system. We’ll review what we’ve learned so far and cover some of the latest findings on immune health. During this class, we’ll also discuss what’s been working or not working in your current nutrition, supplement, and self-care routines. We’ll take a look at a case study on cancer and discuss how to deal with emotions, like fear, anger, and anxiety, that can show up on our healing journey.

In this revealing live, online streaming video class, you will learn:

Register for the Video Replay of Diving Deeper: Your Immune System Health
on June 19, 2018

Tune in next week to 21st Century Medicine Woman, when you have another chance to hear Energy Therapist, Amy B. Scher and I reveal energy healing and Native American medicine techniques to let go of control, step into your natural power, and experience the confidence of going with the flow. If you have been getting through life by controlling everything? Or making backup plans for your backup plans? Do you freak out when you don’t know the answer or how to take the next step? This episode is for you!