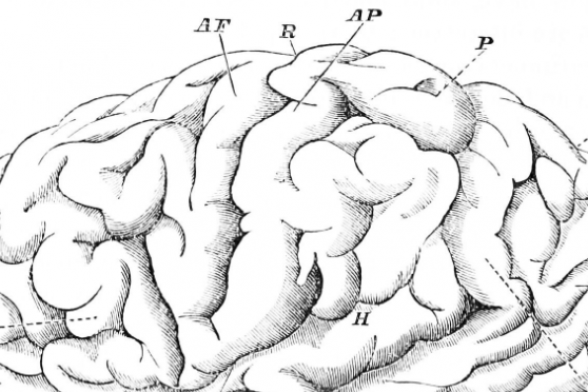 Scientists have found a bundle of nerves in the digestive system that they are calling the “second brain” because it functions much in the same way that our brains do.

It has a lot of control over our nervous systems — which become highly disrupted with an ED. Our nervous systems actually control our metabolism and ability to digest, among other very important bodily functions. Just another reason to take care of body & mind. In my recovery, I have learned that through taking care of my body & mind, my body stays strong & healthy — and I feel better. It takes time to find your own “normal” for eating — but it happens. It’s possible. It took me 4 years of recovery/relapse to find out my normal. I’m still getting there, but at least I have a “shut off” switch for when I’m full — which tells me our minds & bodies have an amazing capacity to heal when we take care of them. I am grateful every day that I finally found this. I couldn’t have done it without taking care of mind, body & spirit.

These studies shed some light on why so many people with ED are diagnosed with IBS either before or during recovery. It will take some time before our bodies repair. Also, consider the impact on your mind — your second brain, which has a role in your decision making & bodily functions is damaged and confused. The war between mind & body has cut off your connection to this second brain — or gut reaction. Know that part of the repair & recovery process is getting in touch with your intuition — this second brain. Tapping into your intuition is important — because this is how you find your own sense of normal. It is how you follow your heart, hear your own voice & answer the question: Who Am I?

For steps on developing your intuition & trusting your body, take a look at the post I did on the subject.

Prozac, anti-anxiety medications, serotonin and constipation. Recent research on the ‘Second Brain’ has really shed light for me on how much damage ED can inflict.

Here is A Short Overview of the Second Brain:

Scientists are claiming to have discovered a second brain – in the human stomach.

The breakthrough, involving experts in the US and Germany, is believed to play a major part in the way people behave.

This ‘second brain’ is made up of a knot of brain nerves in the digestive tract. It is thought to involve around 100 billion nerve cells – more than held in the spinal cord.

Researchers believe this belly brain may save information on physical reactions to mental processes and give out signals to influence later decisions. It may also be responsible in the creation of reactions such as joy or sadness.

The research is outlined in the latest issue of German science magazine, Geo, in which Professor Wolfgang Prinz, of the Max Planck Institute for Psychological Research in Munich, says the discovery could give a new twist on the old phrase “gut reaction”.

He said: “People often follow their gut reactions without even knowing why, its only later that they come up with the logical reason for acting the way they did. But we now believe that there is a lot more to gut feelings than was previously believed.”

The second brain was rediscovered by Michael Gershorn, of the University of Colombia in New York, after it was forgotten by science. He says it was first documented by a 19th century German neurologist, Leopold Auerbach.

He discovered two layers of nerve cells near a piece of intestine he was dissecting. After putting them under the microscope he found they were part of a complex network.

Recent research has already raised the idea that many reactions may be made in the stomach. Benjamin Libet, of the University of California found the brains of volunteers asked to raise their arms only registered activity about half a second after the movement had been made. He believes his work implies another part of the body may have been involved in making the decision.