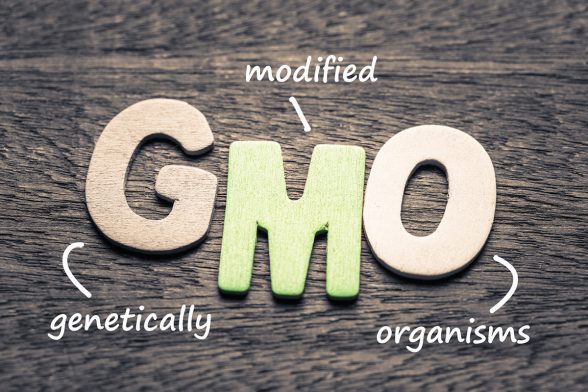 Do GMO foods (genetically modified organisms) contribute to cancer, gut issues, obesity, hormonal imbalance, non-alcoholic fatty liver, Alzheimer’s, and Parkinson’s? Are GMO foods and glyphosate safe and important for the future of feeding the world? Are GMO foods impacting the purity of organic crops? If you have health issues and you eat corn, soy, wheat and other non-organic foods, you will want to tune in as Dr. Paul Mills takes us through the recent science about glyphosate and the state of our diet.

Paul J. Mills is Professor of Family Medicine and Public Health, Director of the UC San Diego Center of Excellence for Research and Training in Integrative Health, Chief of the Division of Behavioral Medicine, Director of the Integrative Health and Mind-Body Biomarker Laboratory, and Co-Director of the Translational Research Technologies Division at the UC San Diego Clinical and Translational Research Institute. He has expertise in Integrative Medicine and psychoneuroimmune processes in wellness and disease, publishing extensively on these topics.

The Center of Excellence’s many projects includes the ‘Herbicide Awareness and Research Project’, which is conducting research on human exposure to glyphosate (the primary ingredient of weedkiller Roundup), and its potential effects on health and wellbeing.

What are GMO Foods?

Let’s talk about glyphosate for a moment, because much of the discussion about health issues related to GMO foods right now involve a concern about this toxic herbicide, Roundup, made by Monsanto (recently purchased by Bayer).

Because glyphosate kills everything it is sprayed on – weed or not – Monsanto (now Bayer) decided to selectively engineer food seeds (called Roundup Ready seeds) so that the plant would stay alive despite the spraying. You don’t need to be a scientist to think about what happens when a living thing is changed to withstand a poison.

While we hear the argument that GM foods are helpful for crop yields, new studies are showing that the overall cost of GM crops are bigger than the overall costs of organic foods, according to Dr. Paul Mills. “Studies out of Netherlands and UK show that if you consider the negative effects of GMO foods, the cost is actually twice as much as the cost for organic. But the governments are managing those costs through subsidies.”

Glyphosate is in the Roundup weed killer and in 750 other products. Dr. Paul Mills was surprised to find out that there was no research into the exposure of humans to glyphosate, so he became passionate about researching to see how it was affecting our health.

According to Dr. Mills, GM foods were introduced into the food supply in 1994 – 95. “It’s as if we in the United States have been in an unconsented experiment,” he said. These foods never went under the scrutiny that pharmaceutical drugs go through, so we have no idea about their effect on human health. We don’t know if there are significant short or long-term effects from ingesting GMO foods, yet we’ve been eating them for over two decades.

Does Monsanto (now Bayer) Know How Toxic Glyphosate is? Yes…

Because of the current class-action lawsuit against Monsanto, we know for sure that they did know about the adverse effects of glyphosate. Lawyers leading the personal injury and wrongful death lawsuits claiming that Roundup causes non-Hodgkin lymphoma posted a collection of documents known as The Monsanto Papers or The Monsanto Secret Documents, where you can read the internal e-mails and memos for yourself.

There was knowledge early in Monsanto’s research that glyphosate could be stored in the body and it wasn’t harmless. Even when they sought FDA approval, some of this information was known.

While we wish Monsanto would do their own research, they aren’t doing it. Instead, there is endless pushback to the findings of scientists. The profits make this a high-stakes game. And Monsanto has the money to hire researchers, lawyers, and others who can discredit people who are working to uncover truths about adverse health effects of glyphosate.

What Can You Do to GMO Foods and Glyphosate or Detox from Glyphosate?

You can support further research by Dr. Paul Mills and his team into how GMO foods and glyphosate are impacting your health here.

What to Do If You’re Already Experiencing Chronic Health Issues

Join our non-profit, like-minded community as we gather together to discover what it takes to get and stay well.

Join Us for Diving Deeper: Your Immune System Health Featuring Dr. Judy Mikovits – In this revealing session, we will dive even deeper into the inner workings of your immune system. We’ll review what we’ve learned so far and cover some of the latest findings on immune health. During this class, we’ll also discuss what’s been working or not working in your current nutrition, supplement, and self-care routines. We’ll take a look at a case study on cancer and discuss how to deal with emotions, like fear, that can show up on our healing journey.

In this revealing live, online streaming video class, you will learn:

Learn more and register for Diving Deeper: Your Immune System Health on June 19, 2018

Tune in next week to 21st Century Medicine Woman, when I am joined by Moms Across America founder and author, Zen Honeycutt. She began wondering why are diabetes, food allergies, depression, anxiety, digestive problems, adrenal fatigue, and autism on the rise, years ago when she and her kids experienced chronic health challenges.