The Importance of Ancestral Cuisine with the Sioux Chef 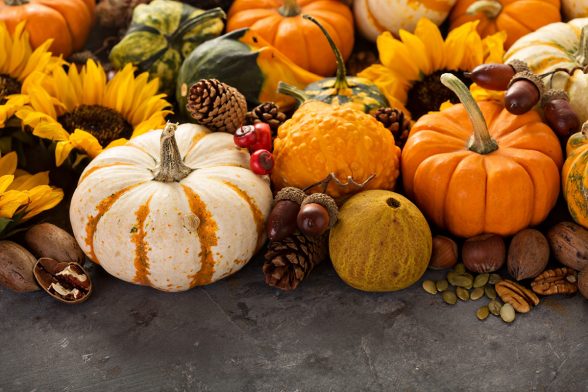 Discover little-known healing foods, herbs, and teas, along with tips for foraging and accessing them.

Sean Sherman, popularly known as the Sioux Chef, is reviving Native American cuisine to showcase why largely forgotten precolonial food cultures are key to reclaiming our health and wellness. Sean grew up on the Pine Ridge Reservation (Oglala Lakota) in South Dakota, where he later realized that deep knowledge of and access to traditional foods had been lost. As a chef, he became passionate about making authentic food from his culture. His quest to learn all aspects of the food chain, along with how food supports culture and health has inspired people around the world.

Sean Sherman, Oglala Lakota, born in Pine Ridge, SD, has been cooking across the US and World for the last 30 years.  His main culinary focus has been on the revitalization and awareness of indigenous foods systems in a modern culinary context.  Sean has studied on his own extensively to determine the foundations of these food systems which include the knowledge of Native American farming techniques, wild food usage and harvesting, land stewardship, salt and sugar making, hunting and fishing, food preservation, Native American migrational histories, elemental cooking techniques, and Native culture and history in general to gain a full understanding of bringing back a sense of Native American cuisine to today’s world.

In 2014, he opened the business titled The Sioux Chef as a caterer and food educator to the Minneapolis/Saint Paul area.  In 2015 in partnership with the Little Earth Community of United Tribes in Minneapolis, he also helped to design and open the Tatanka Truck food truck, which features pre-contact foods of the Dakota and Minnesota territories.  Chef Sean and his vision of modern indigenous foods have been featured in numerous articles and radio shows, along with dinners at the James Beard House in Manhattan and Milan, along with teaching and sharing his knowledge to gatherings and crowds at Yale, the Culinary Institute of America, the United Nations, and many more.

The Sioux Chef team continues with their mission statement to help educate and make indigenous foods more accessible to as many communities as possible.

A Self-Taught Chef with a Passion

Sean Sherman, popularly known as the Sioux Chef, achieved the coveted position of sous-chef de cuisine (a French term for the second in command after the executive chef) by teaching himself to cook in restaurant jobs and reading culinary textbooks in bookstores and libraries. “We didn’t have much money, so I started to work in restaurants around age 13,” he said. As he worked his way up in restaurants, he had the opportunity to travel all over the world and work with a variety of ingredients across cultures.

Chef Sean studied different food cultures – Italian, French, Ethiopian, Indonesian, Japanese – and experimented with many flavors. And then he came to the realization that, while he could find food from all over the world, he could not find representation of Native foods in restaurants. As he thought about this, he realized that he only knew a handful of his own Lakota recipes, and that inspired him to discover more about traditional Native American foods, flavors, and recipes.

Why Was Knowledge and Use of Native American Foods Lost?

Sean explained that when colonial settlers came to the United States, Canada, and Mexico, they took over the land and placed Native people on reservations. This contributed to the loss of Native foodways, like hunting, gathering and farming on healthy soil. There was no longer access to bison, elk, and other plant and animal foods that sustained them for thousands of years. Many Native communities were so poor that they were given food assistance or commodity foods that were unhealthy and lacking in nutrition, like flour, corn syrup, vegetable oil, and canned meats. These foods set the stage for malnutrition and poor health. The use of corn syrup in baby formula and on many foods (encouraged by food manufacturers) contributed to blood sugar imbalances, liver problems, and addiction.

On top of this, the boarding schools in the US and residential schools in Canada disrupted how Native peoples educated their youth. For thousands of years, indigenous communities placed great emphasis on passing down wisdom about how to sustain the health of mind, body, and community with plants and animals. Emphasis was also placed on how to build and craft things. The boarding and residential schools were created to “kill the Indian and save the man,” a colonial belief that kids should learn trades and servitude, speak only English, and assimilate with the white European culture. From the 1800’s to around 1990, these schools would take children from their parents, cut their hair and strip them of their culture, language, and traditional teachings. Many of the schools were abusive. Children worked long hours in servitude and most were malnourished. These schools devastated families, destroyed much of the culture, and set the stage for trauma and health challenges, along with a loss of the very aspects that kept indigenous communities so healthy in the past.

It’s a statement of resilience that indigenous people and youth are engaging in a renewed passion and commitment to return to their culture, learn their language, and embrace the old teachings about food as medicine. Chef Sean is making an important contribution to this reconnection.

Chef Sean began a journey to rediscover the indigenous foods of North America by traveling to various locations and getting outside in nature. While identifying animals used in indigenous communities was a bit easier, he soon realized that it was the plants that were going to be more challenging to find and learn. As he walked in nature, he appreciated how resourceful people were about plants that were around them. Having worked for the forest service in the northern Black Hills just after school, he had a basis for plant identification to begin with. To piece indigenous plant wisdom back together, he researched ethnobotanical texts, talked to elders in various indigenous communities, and researched first contact foods. He also studied indigenous lunar calendars. These moon calendars revealed a lot about key foods because each month, a thanksgiving ceremony was held to express gratitude for the foods that sustained their communities.

Sean and his Sioux Chef team made a commitment to be responsible chefs by removing foods that were not being consumed before colonial contact, such as flour, refined sugar, and dairy. These foods have been highly refined and tend to cause more allergies and health problems today. Instead, they focus on the staple foods, like corn, beans, squash, sunflower, and chili, along with grass-fed animal protein (e.g., bison, elk, duck, duck eggs, and rabbit), wild-caught fish, alternative proteins (e.g., insects), and medicine plants like white cedar, ramps (wild onion), mushrooms (e.g., morrels, chaga) and culinary ash (this provides minerals, flavor and an alkaline base for cooking foods like corn in water).

Some important principles in the indigenous diet of North America are:

In the end, the Sioux Chef team found that they became role models for how to look at diversity. Looking at food differently allows people to appreciate the land from where it came. Through the lens of food, one can learn about time, place, region, and history. This not only opens minds, it can also reconnect us to the meaning and power of our food.

“In just one meal, people noticed they felt better,” Sean said. In some cases, they were less bloated and were surprised because they thought being bloated after eating was normal. In other cases, they noticed they felt more grounded or satisfied. In many instances, people were able to test their blood sugar and see that it was more stable after their meal. These indicators have been eye-opening for those who have experienced a meal made by the Sioux Chef team.

The science of epigenetics – the discovery that there’s something above the genes that dictates our health – says that our food, thoughts, and lifestyle is critical for taking our health back into our own hands. Nutritional genomics is the practice of using nutrition, plant medicines and supplements for a tailored healing protocol for each individual. In this way, science is finally recognizing that the foods we eat are critical for wellbeing right down to our DNA. As we reconnect to the voice, meaning, and power of the whole food system and embrace diversity and respect with each meal, we enhance our natural ability to heal.

This is why using food as medicine has been so critical in indigenous populations for thousands of years. While the science is new, the wisdom has long been known, but forgotten in the name of progress.

“Food gives us this connection. We all need food and it’s something we can share. It’s a way we can honor and celebrate diversity.”

How You Can Learn About Food and Plant Medicine

Chef Sean recommends that you find out about the foods and remedies right outside your door. Get outdoors, learn to identify and collect plants, and take time to do it yourself. It’s fun and a great way to save money. For example, pine tips make great medicine and cost $30 per pound, but you can get them for free outside your door! Likely, those plants you think are weeds, like dandelion greens, have wonderful healing properties and nutrition. “Stop using the word, weed,” Sean recommends, “and learn what those plants are and what their benefits are.”

He also recommends rethinking spaces, like yards. Instead of lawns, consider planting food and plant medicines. Use space in nature for a wiser future.

Join us for an online class as part of The Wellness Project by Price-Pottenger Nutrition Foundation: Natural Detoxification Steps for Optimal Health and Longevity featuring board-certified Traditional Naturopath and Clinical Nutritionist, David Getoff.

Tickets are on a sliding scale, starting at free

In this Online Event, You Will Learn:

Tune in next week to 21st Century Medicine Woman, Hypothyroid, Hyperthyroid, Hashimoto’s, and Grave’s Disease are on the rise. What is happening to our thyroid health? Board Certified Traditional Naturopath and Clinical Nutritionist, David Getoff joins us to discuss the myths and truths about your thyroid health and help you on the path to healing.