How to End Fear and Anxiety 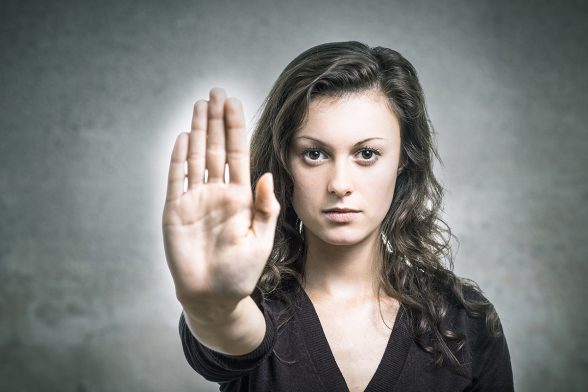 Fear and anxiety seem to be heightened in our world right now. These emotions stop us in our tracks and keep us from reaching for our dreams, speaking our truth, and enjoying our lives to the fullest. Join Heather and her guests, Gangaji and Hillary Larson, as they discuss the real reason we feel fear and anxiety and how to honor and move beyond it.

About Gangaji: Born in Texas, Gangaji grew up in Mississippi. After graduating from the University of Mississippi in 1964, she married and had a daughter. In 1972, she moved to San Francisco where she began exploring deeper levels of her being. She took Bodhisattva vows, practiced Zen and Vipassana meditation, helped run a Tibetan Buddhist Meditation Center, and had a career as an acupuncturist in the San Francisco Bay Area. Despite her successes, Gangaji continued to experience a deep and persistent longing for fulfillment. She pursued many paths to change her life including relationship, motherhood, political activism, career, and spiritual practice, but even the greatest of her successes ultimately came up short. In the wake of her disillusionment, she made a final prayer for true help.

In 1990, the answer to her prayer came unexpectedly, taking her to India and to the meeting that would change everything. There on the banks of the river Ganga, she met Sri H.W.L. Poonja, also known as Papaji, who opened the floodgates of her self-recognition. In this meeting, Gangaji’s personal story of suffering ended and the promise of a true life began to flower and unfold. Today, Gangaji travels the world speaking to seekers from all walks of life. A teacher and author, she shares her direct experience of the essential message she received from Papaji and offers it to all who want to discover a true and lasting fulfillment. Through her life and words, she powerfully articulates how it is really possible to discover the truth of who you are and be true to that discovery.

Gangaji shares a simple message: This is an invitation to shift your allegiance from the activities of your mind to the eternal presence of your being.

About Hillary Larson: After studying radio and television at the BBC in London and receiving a BA Degree in Communications, Hillary started her professional radio career producing nationally syndicated radio shows in New York.

“Before producing A Conversation with Gangaji, Hillary had been away from the creative passion of her life, which is radio, for many years. When she was struck with the grace of meeting Gangaji several years ago, she never imagined all of the ways she would return home. A Conversation with Gangaji is just one of them, and will hopefully help all of us meet the very real challenges of life together in a way that perhaps we have never done before. Gangaji’s impeccable clarity and eloquence make that possible.”

Occasional fear and anxiety is a normal part of life. But what about when it becomes chronic? What about when it stops you from speaking your truth, living your dreams, or even worse, if it stops you from leaving the house, connecting with others or just getting through the day? Fear and anxiety have become so chronic today that The National Institutes of Health report that 40% of Americans between the ages of 18 – 54 suffer from anxiety and it’s the most common mood disorder we experience today.

What if ending fear and anxiety were easier than we think? Gangaji reveals seven unexpected steps for doing just that.

Think about all of your aspirations and struggles in life. These days, it’s as if we have no time to stop and rest. We’re constantly moving to the next thing and the next, sometimes at breakneck speed. If this sounds like you, you may even be applying this to your spiritual life – constantly seeking something so that you can feel better, or heal.

Instead, just for a moment, give up the search. Whatever you are looking for, stop looking for it. Be willing to give it up and lose it all. Stop holding on to any idea of anything needing to happen. And stop holding on to any ideas about yourself. This is a rest. It’s relief because it stops the survival drive. It feels very nourishing. And it’s the life force of nourishment is always here. From a scientific perspective, this is very healing because it stops the cycle of stress and it’s stress that is linked to more than 80% of health issues. Relieving stress is one of the ways we access the epigenetic aspect of healing. It helps turn off gene switches that contribute to illness and disease.

#2 – Face Whatever is There

Hillary described having a panic attack, which was so difficult that she was afraid to have one again. This brought on fear of having one again and a cycle of the fear contributing to chronic anxiety. She then set on a path of trying everything to fix the anxiety – nutrition, supplements, spiritual practices – to no avail. She continued searching until she read The Diamond in Your Pocket by Gangaji (Foreward by Eckhart Tolle). This is where she decided to try what Gangaji teaches: just stop the search and face what is there. Hillary describes her process as first surrendering to the fact that she felt anxious and maybe that was just part of who she was. Maybe it was how she was wired. She accepted herself just as she was and this was so freeing for her that she finally felt free of the constant struggle to fix the anxiety. She felt free of the fear that there could be another panic attack. It felt like deep healing.

Gangaji teaches that when you can stop the search, just for a moment, you can open your mind and face what is there.

#3 – Remember that Fear is Natural

Fear is there for a reason: survival of the body. Fear and other so-called negative emotions have a common thread in that they are part of a mechanism to protect the survival of the species. If we can recognize this, we can accept that fear is not the enemy and we don’t have to go to war with it.

Instead of misidentifying yourself as an anxious, fearful person, recognize that it’s a primal way of scrambling for control. And so as negative emotions arise, what if you recognized that they are a primal mechanism of survival, allowing them to come and go, without identifying with them? Accepting and not fighting what is there is a huge part of what Hillary felt allowed her to feel free and enjoy life again.

Hillary added that it’s helped tremendously to listen to the stories you are telling yourself. If you tell yourself scary, anxious stories, you will train yourself to believe them, which only continues the cycle.

#4 – Accept that Most Things That Are Beyond Your Control

Accidents, falling in love, death, most things are beyond our control. Our role is to live life, not try to control it. When you accept this, your nervous system can relax and stop trying to control what is uncontrollable.

#5 – Be Intelligent About the Things Are In Your Control

If we are fixated on keeping negative emotions from coming back, we overlook what is here always. Because our whole focus becomes trying to keep something away (disease, anxiety, your neighbor, never being hurt again, etc.). If you are willing to give up control, you can be intelligent about what is within your control. Imagine what it would feel like to release the energy used up controlling what you can’t control? This is how you release the energy and feel free.

The key to this is getting to the root of your goals by asking:

#6 – Allow Intuition to Be the Driver

When you free up the energy you’ve been using to control the uncontrollable, allowing your system to rest, you can allow intuition to be the driver – instead of fear or anxiety. Gangaji says this is our natural state. We may come in and out of this natural state – this state of rest and being still – but we must return here in order to allow intuition to be the driver. She refers to this as taking a moment to be exactly as you are.

This even means that even if you’ve failed, you accept being the failure that you are. Because there is no need to be better than you are right now. The positive side effect is that you become more authentic.

Two questions to ask yourself are:

#7 – Instead of Trying to Be Safe, Embrace the Grand Adventure of Life

Gangaji said that expecting life to be “safe” is another form of wanting control. Ultimately, there is no safety, just like ultimately, there is death. It’s important that you don’t bank your wellbeing on things that are out of your control. The reality is that each of us has to discover what we’re made of. Life may not be safe, but what if you felt it was a grand adventure? And that you believed that this grand adventure was worth the danger to life fully.

Even if there has been a horror, like the Las Vegas shootings, if we try to run from the horror, it will chase us down. If we are willing to face the horror, there is a strength that can be recognized within ourselves. This might allow us a better way to live in our modern society.

It’s Not Easy, But it is Simple

Gangaji says that while this entire process isn’t easy, it can absolutely be simple. If we are willing to meet the challenge of the tide of our socializing and advertising to succeed, control life, not die, then it can be easier than we think. Because you recognize that you ARE life. You are here. And this has nothing to do with your body and your circumstances. When you don’t need your body or life to be in a certain way, what a relief for your body and mind! Now, your body is flooded with the healing endorphins of the bliss of being.

When you can meet whatever is here, surrender is natural. What makes it easy is the willingness to lose.

Tune in next week to Loving Yourself to Great Health, discover new ways to empower your own health through natural medicine with plants, herbs, spices and whole food, in addition to healing unfulfilled desires of the soul.